Note: These photos were taken in Columbus Park, a few miles northwest of Douglas Park. However, Columbus Park does not have a blog (at least not yet), and these photos seemed a bit too graphic for a direct-to-Facebook post.

The coyote spotted a Gray Squirrel on the far side of the fairway.

…and then took off, bounding across the golf course!

It was successful in catching the squirrel… 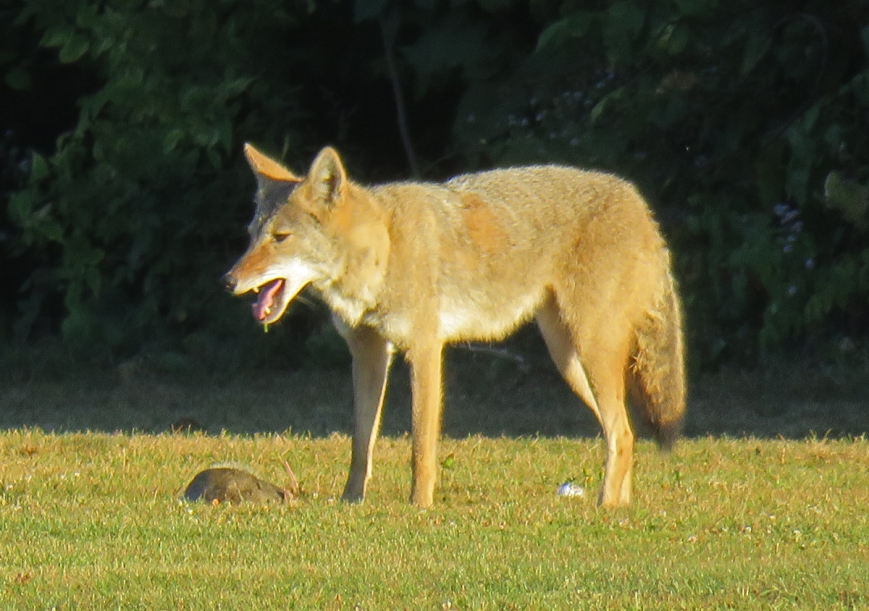 …but something about subduing the squirrel must have left an uncomfortable feeling in its mouth. (I left out some photos of the coyote vigorously shaking the squirrel.)

But then a movement at the far end of the fairway caught the coyote’s attention. It took off in pursuit, leaving the squirrel behind.

When I got another look at this section of the golf course, a few hours later, the squirrel was gone. I guess that means the coyote returned for its meal before heading to the woods for the rest of the day.