There are dozens of wildflowers, hundreds of bird species, and probably a thousand different kids of insects in Douglass Park, but so far we have only found one type of amphibian and a couple of kinds of reptiles in the park.

These Bullfrogs were photographed by the sanctuary lagoon and in the small pools on the putting golf course. Bullfrogs are the only amphibians I have found in Douglass Park so far. 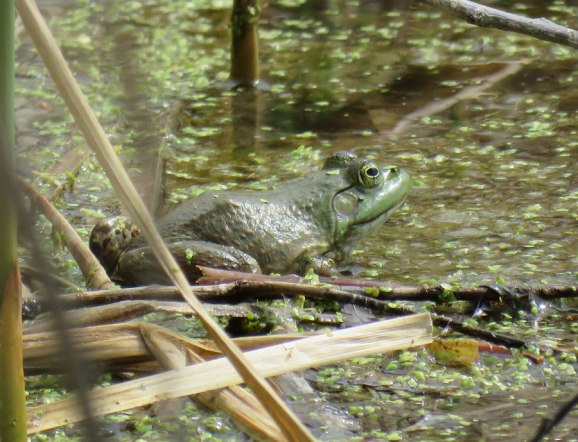 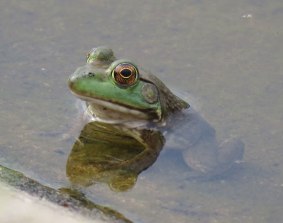 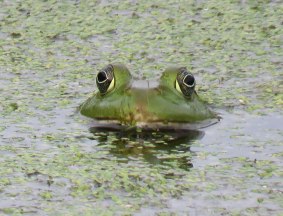 So far I have seen two kinds of turtles in Douglass Park: Red-eared Sliders (the most common kind) and map turtles (with fleshier tails and a different pattern of striping on their heads.

Map turtle atop a Red-eared Slider 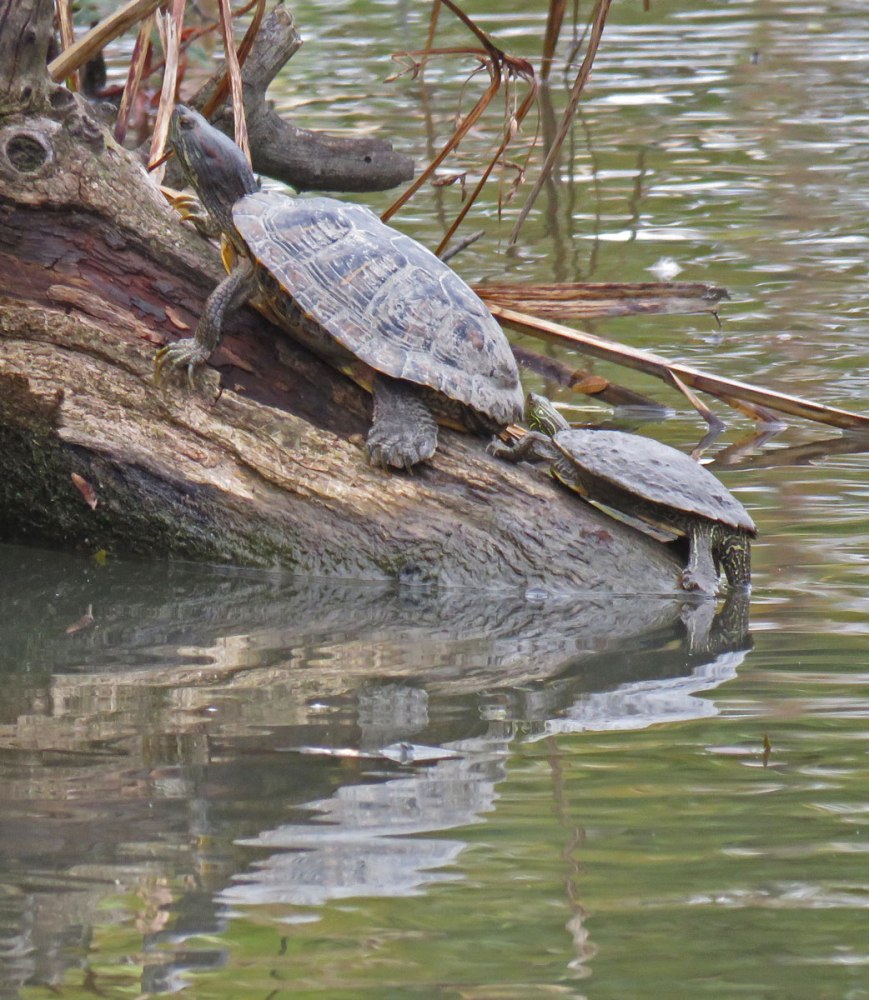 Red-eared Slider and Map Turtle on the same log. Can you tell which is which?

I have seen Common Snapping Turtles, Midland Painted Turtles, and Spiny Softshell Turtles in other westside parks, and I would not be surprised if I see them at Douglass some day, too.

I have only seen one snake in Douglass Park. It was a garter snake that someone offered to sell me. I declined his offer, and he would not tell me if the snake was caught in the park or elsewhere (like along one of the railroad embankments that cut through the neighborhood).