More than 20 kinds of birds have been raising their young in Douglas Park during the spring and summer of 2017.  Here’s a photo report on one species: Cooper’s Hawks.

This year Cooper’s Hawks nested across Sacramento Avenue from the Bird and Butterfly Sanctuary. I was able to follow the progress of the Cooper’s Hawk nest from early March, while the nest was still being built, through July, when both of the young hawks were out of the nest. 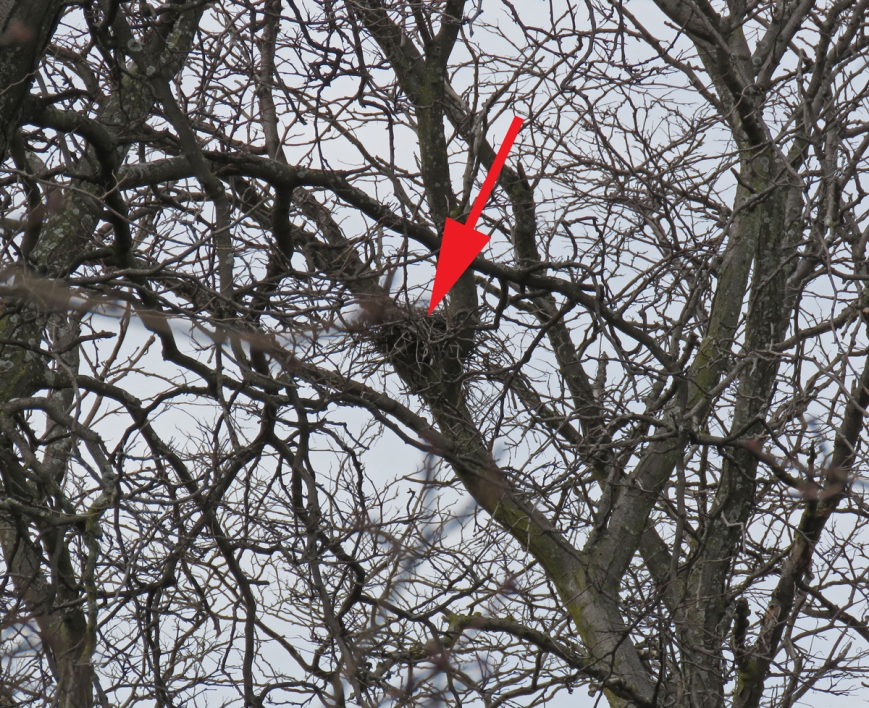 The Cooper’s Hawk nest was build high in a honey locust tree on the west side of Sacramento Avenue. (March 5, 2017) 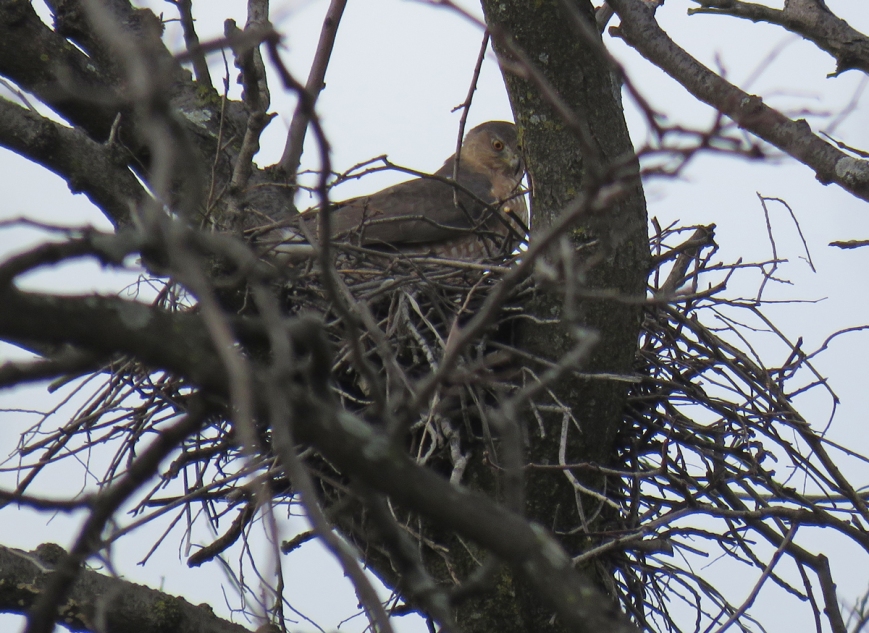 The parents were still adding sticks to the nest in early March. (March 5, 2017) 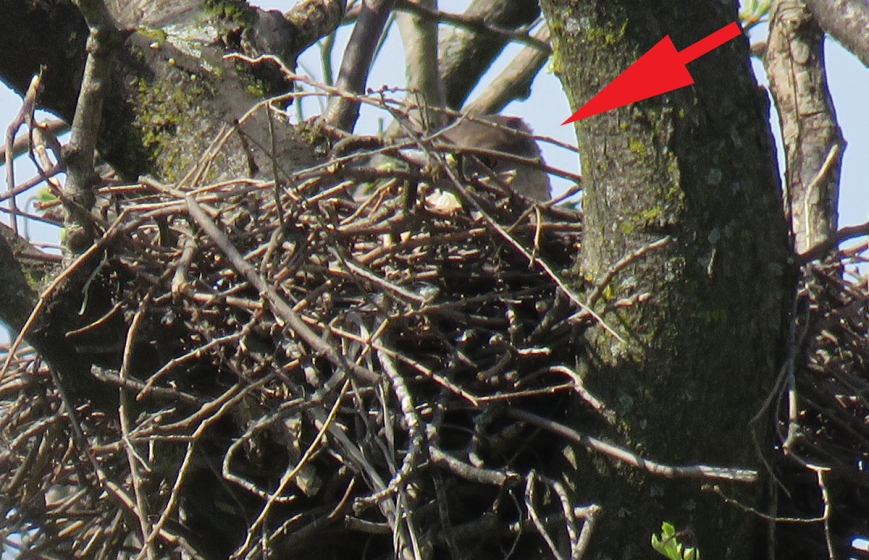 The eggs were laid by mid April, and we could see the mother hawk keeping them warm. Sometimes we just saw her head. (April 25, 2017). 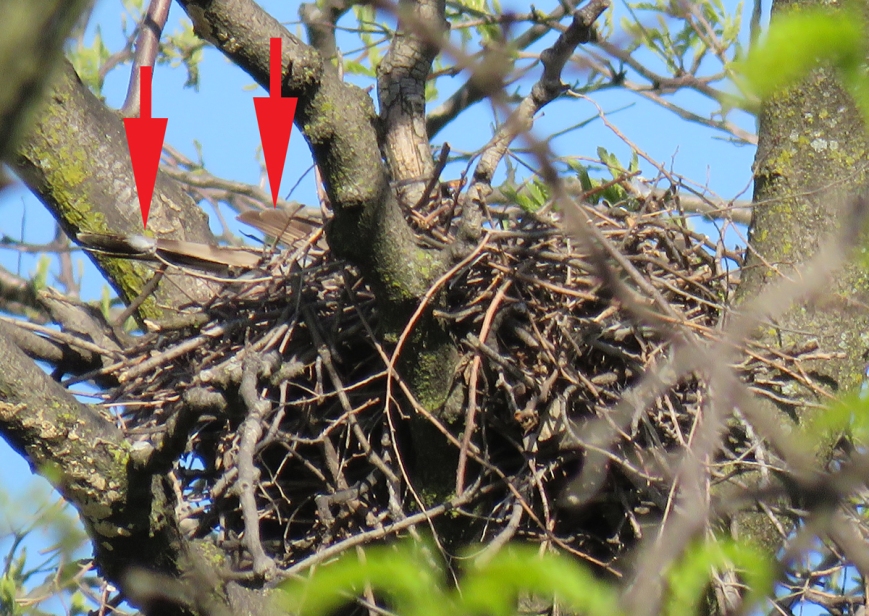 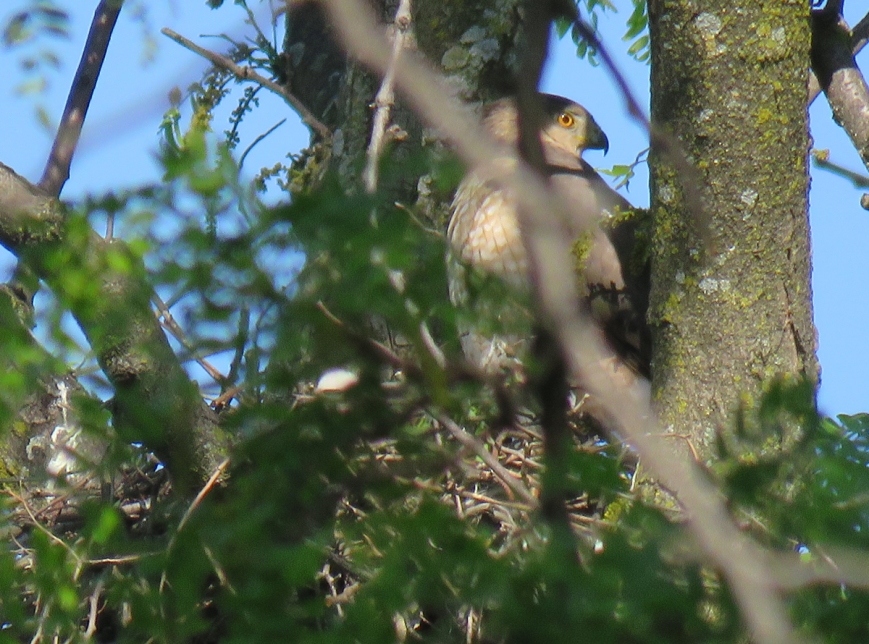 The eggs had hatched by late May, and we had our first peeks at the downy white young (the small white patch to the left of the mother). (May 29, 2017) 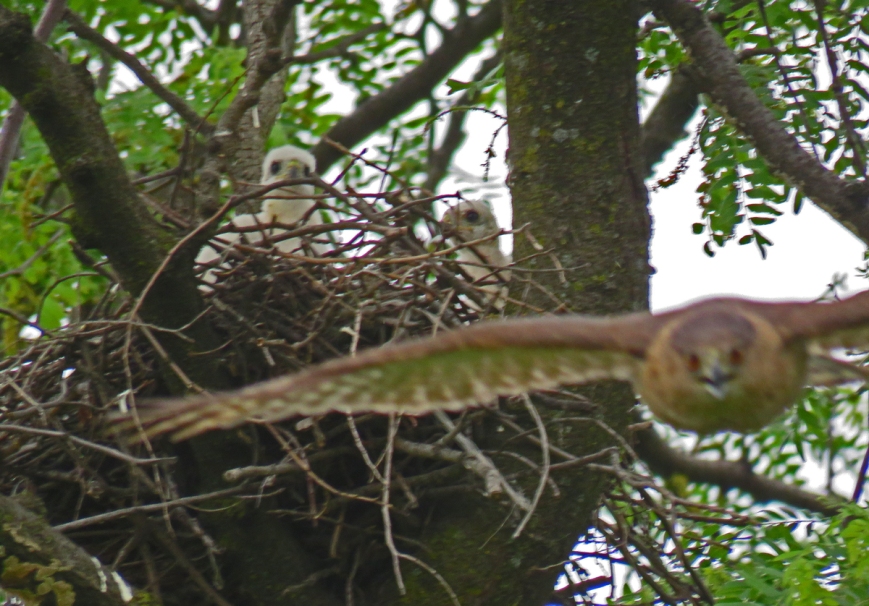 By early June the mother was defending her nestlings when we got too close. (June 4, 2017) 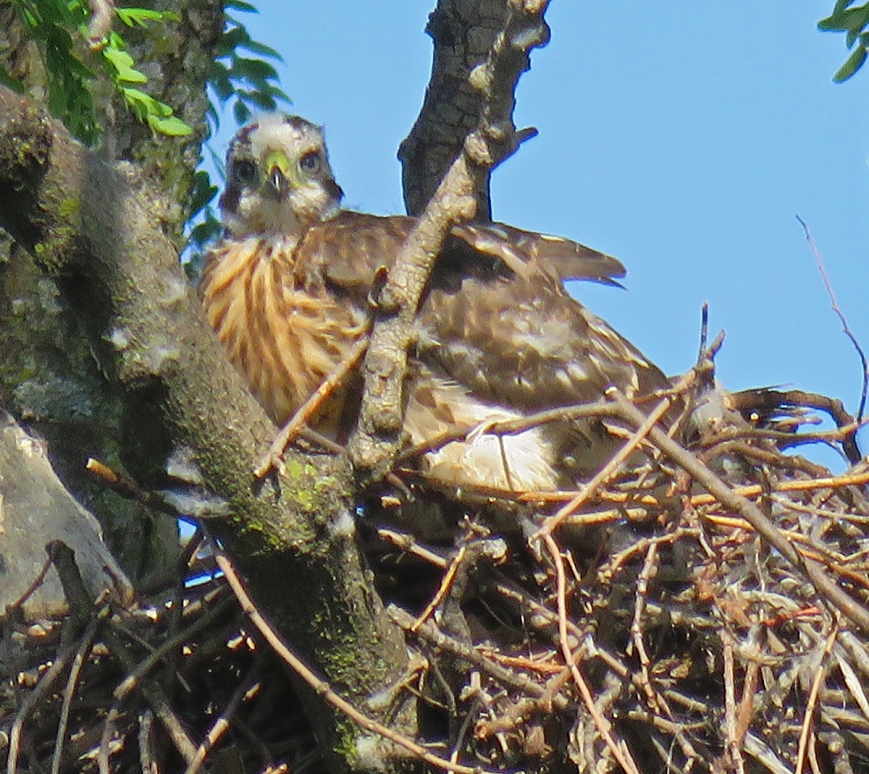 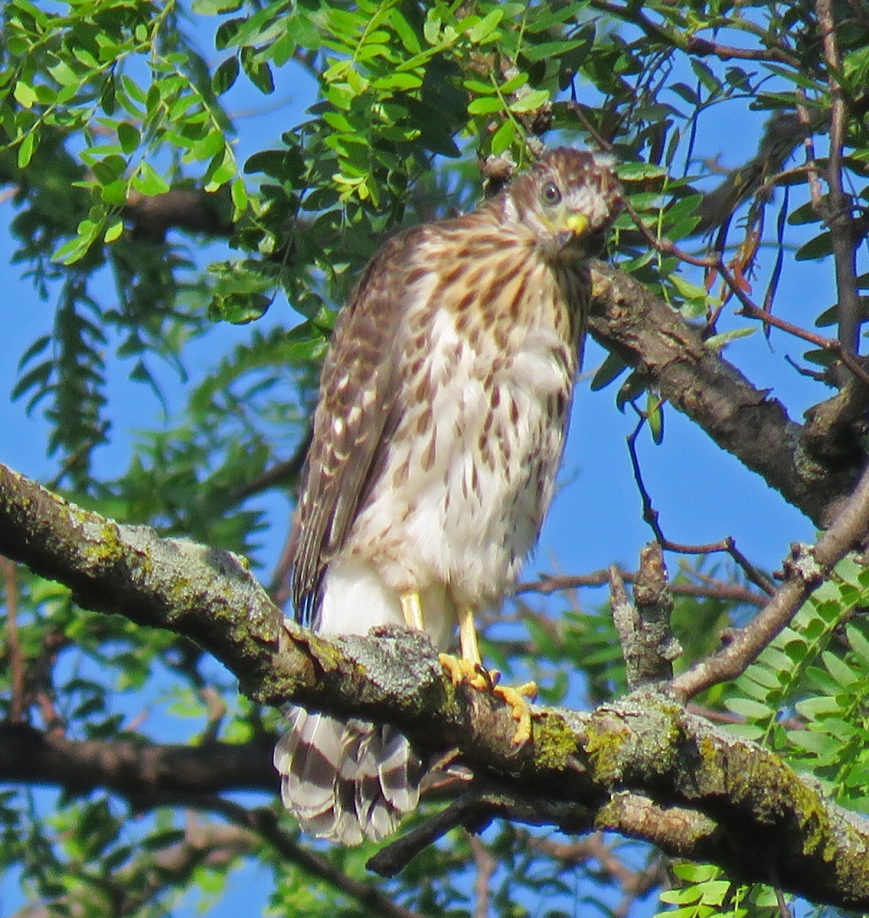 The young hawks tried out their wings, flying to nearby branches. (June 18, 2017) 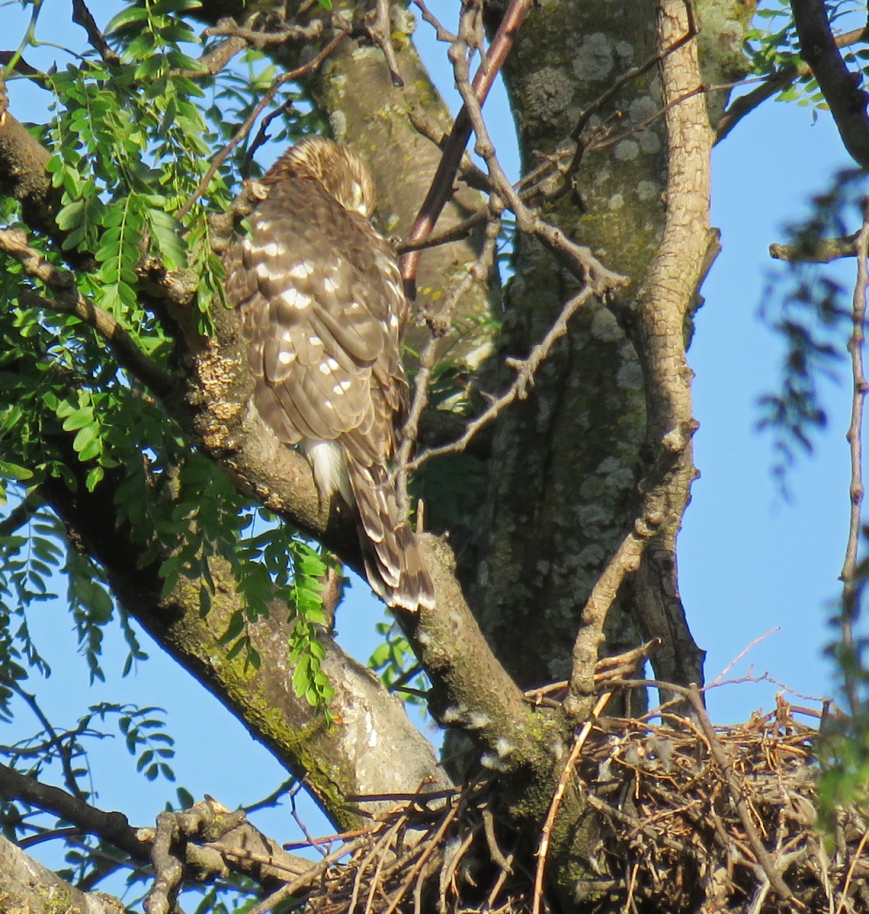 In late June, one of the young hawks was still at the nest, The other young hawk had moved elsewhere. (June 26, 2017) 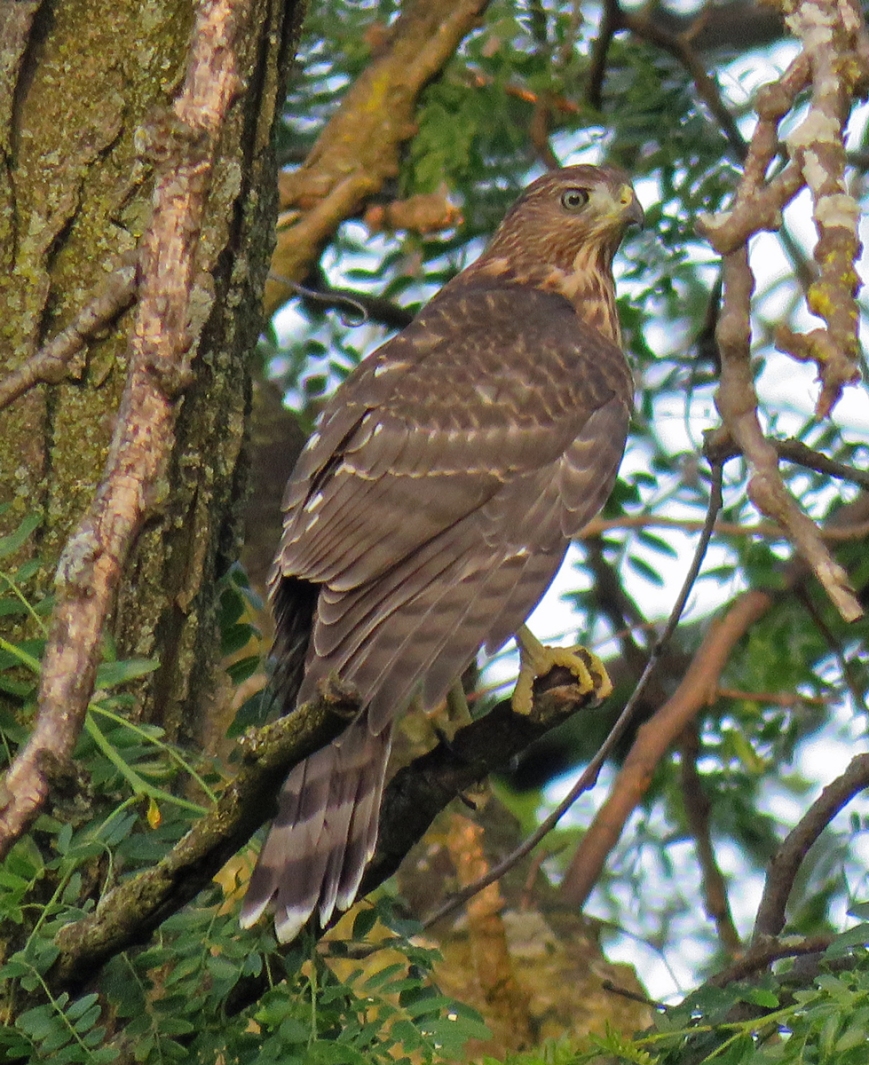 In early July, one of the young hawks was still near the nest, waiting for a parent to arrive with a meal. (July 3, 2017)