Here are some of the 21 different kinds of birds found in Douglas Park during January, 2017.

There’s a complete list of the park’s January birds on eBird: http://ebird.org/ebird/hotspot/L108460?m=1&yr=cur&changeDate=Set

Keep scrolling for more information about the birds in the slide show.

Downy Woodpecker hiding among the Phragmites reeds at the edge of sanctuary lagoon. The Downy was pecking at the reed stems in search on insect larvae.

Dark-eyed Junco on high alert, checking out a threatening noise. 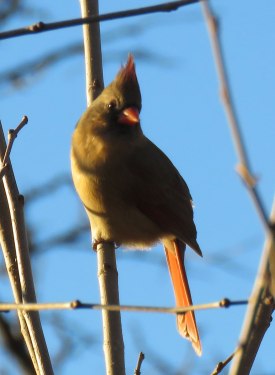 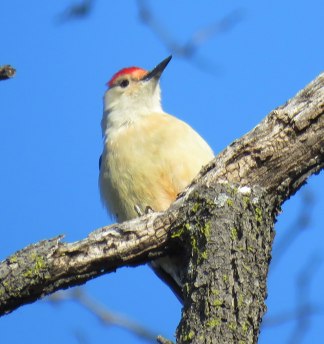 The reddish wash on the Red-bellied Woodpecker’s belly inspired its common name. 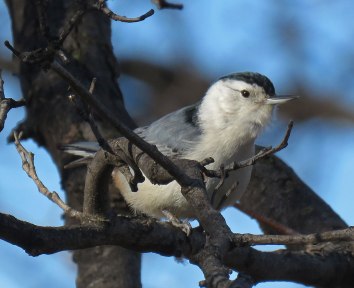 White-breasted Nuthatches usually explore tree bark in search of bugs, but this one is checking out a threatening bird call.

Some of the hundreds of Canada Geese in Douglas Park wear a numbered collar, placed their by researchers. Go here for more information. 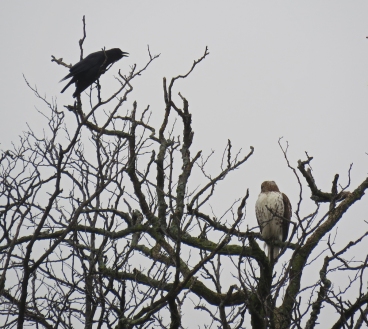 Here’s a closer look at the narrow dark bands on the Red-tailed Hawk’s tail, which identify it as a young bird. (Only adults have a fully red tail.)

Like most winter birds, Dark-eyed Juncos puffed up their feathers to keep warm. 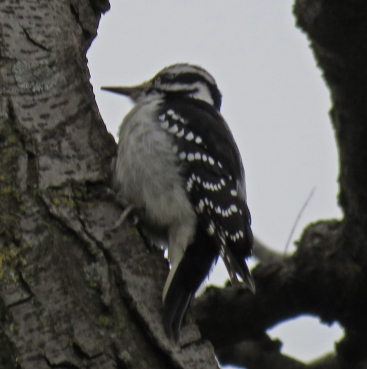 This Hairy Woodpecker is a larger cousin of the Park’s Downy Woodpeckers, with a longer and stronger bill. 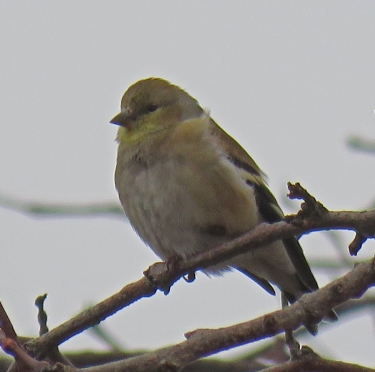 American Goldfinches lose their bright colors in winter, which helps them hide among the dried plants whose seeds they eat.

Brown Creepers climb up the trunks of trees in search of tiny insects.. 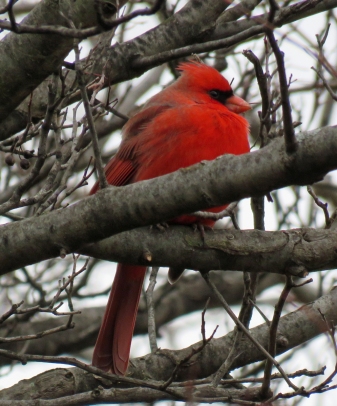 These Mallard ducks left the park when the lagoons froze over, but returned during the late-month warm spell.

This male American Kestrel was hunting for sparrows and goldfinches in the large sanctuary meadow. 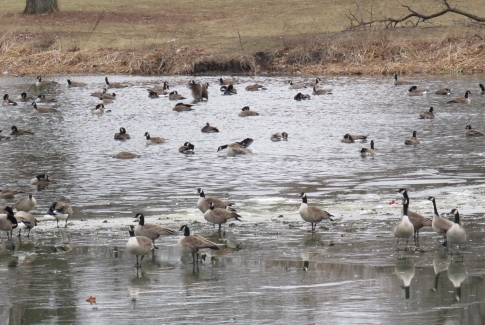 There were more than 500 Canada Geese in Douglas Park by the end of January. These geese were resting on the lagoon between visits to the lawns and soccer fields, where they grazed on grass.

Herring Gulls can often be seen atop the Cultural Center roof. This gull flew down to the lagoon’s ice and caught a small catfish, which it picked up and dropped a few times before swallowing it whole.

These American Tree Sparrows were searching for small seeds on the soccer field.

To see more photos of winter birds at Douglas Park, check out this Nature in Douglas Park page: